English breed originating in Kent, comprising several varieties with different origins.
Selected by the Englishman William Cook in 1886. The name derives from the village where Cook lived. Selected by crossing different breeds, such as, Menorca, Plymouth Rock and Langshan.
The first variety, the black one, was obtained in 1886 by crossing the black Langhan with the black Menorca.
Of considerable weight, it is used for the production of white-skinned meat. Red-shelled eggs.

In addition to the aforementioned black mantle variety, we find the tawny, white, blue, straw-bred, wildflower and cuckoo.

II - TYPE AND ADDRESSES FOR THE SELECTION
Very heavy and massive chicken, with very low bearing and calm and confident temperament. It has the line of the ascending back and the rounded trunk on all sides that give it the characteristic nut shape. Select subjects with a small crest and plentiful but not too soft plumage. In the selection, one must try to maintain a dual-aptitude breed, quick in growth and a good egg producer, especially in the winter.

III - STANDARD
General appearance and characteristics of the breed
1- FORM
Trunk: cubic in shape, therefore the height, width and depth should be the same size, the hen appears even more compact than the rooster.
Head: small, well rounded.
Beak: short, strong and slightly arched; for the color it follows that of the tarsi, usually a little lighter.
Big eyes.
Crest: simple, small, well erected in both sexes, with 4/5 not too long teeth, the lobe not too wide, it follows the line of the nape.
Bargigli: medium-sized, round, fine-textured, red.
Face: red, fine texture, no feathers.
Mumps: medium size, smooth, red.
Neck: slightly arched, not too long, with abundant cape.
Shoulders: wide and well developed, covered by a cape.
Back: broad, apparently short because covered in part by the cape and the abundant plumage of the rump. The lowest point is at the base of the cape then goes up towards the tail. The neck, back, tail line forms a uniform arc without sharp corners.
Wings: well tightened to the body and horizontal flow.
Tail: short and very wide, in the cock the helmsman is covered by numerous sickles. Also in the hen the tail is short, carried high and with a helmsman almost hidden by the abundant coverts. The highest point of the cock's tail is roughly in line with the eye, in the hen a little lower.
Chest: wide, very deep and well developed.
Legs: muscular legs and positioned wide, abundantly covered with feathers. Medium short and strong tarsi, not feathered, part of the tarsus must be covered by plumage; four fingers. For the color see the individual colors.
Belly: wide, deep and full. Harmoniously connected with the chest, so as to be on one level.
White skin.
Special advantages:
Heavy weight subjects, typical nut shape.
2 - WEIGHTS
ROOSTER: Kg. 4,0-4,5
HEN: Kg. 3,0-3,5
Serious defects:
Narrow body, Cocincina shape, back line too long or absent; cushions on the back; chest too high or sagging; position of the bottom line too high or creeping; tail too long or hanging, pointed or too open; white in the mumps, legs too long or too short.
3 - PLUMAGE
Conformation: Very abundant and rather soft due to the thick down, but not too swollen, it must be well adherent to the body. It must not be as soft as in Cocincina.

STRIPED
ROOSTER AND HEN
Plumage in general: each feather has a not too thin bar and the width as regular as possible; the colors black and gray very light alternate, clearly separated. The lines run in a straight line and are of the same width in the rooster; the hen, on the other hand, has wider black bars and appears darker. The pen ends with a black tip. Down jacket: keeps the design. Eyes: orange / red. Beak: light horn. Tarsi: colar light meat. in light hens dark shades allowed.
Serious defects:
brown tones on the plumage; blurred or disjointed drawing; dark shades on tail and remiges; white duvet or without drawing.

BLUE BRAIDED
ROOSTER AND HEN
Plumage in general: pure pigeon blue background color. Each pen has a darker rim. In the cape rooster, the coverts of the wings and the lanceolate of the rump are darker and vary from blue to blue / bright velvety black. In the hen dark blue cape. Tail: blue. Duvet: light blue. Eyes: dark brown in the rooster, darker in the hen. Beak: dark horn. Tarsi: slate blue.
Serious defects:
background color too light; lack of hemming; reddish traces in the lanceolate of the cape and the rump in the rooster; rusty or brown traces in the plumage; pens sprayed with white or black.

tawny
ROOSTER AND HEN
Plumage in general: entirely intense fawn, homogeneous, shining in the rooster. Duvet: fawn, admitted slightly lighter. Tarsi: light flesh-colored.
Serious defects:
too light, too dark or reddish color; coverts of wings mixed in dark; lighter spots in the back and rump of younger hens; white in the tail and in the remiges; gray down jacket.

BLACK BRAIDED FULVA
COCK
Head: dark gold yellow. Cape: golden yellow with hints of black flames and black drawing, hem type, at the end of the pen. Back, shoulders and wing coverings: golden yellow to golden brown, considerably more intense shades of color than the rest of the plumage. Lanceolate of the rump: dark golden yellow; black pen tip or black edging are preferred. Large wing coverts: dark yellow up to cinnamon and clearly edged with black, they form the wing bands. Primary remiges: black internal part, golden fawn external part up to brown cinnamon, a little black is tolerated. Secondary remiges: external part, which originates the wing triangle, from golden yellow to colar cinnamon; each pen with a black border, more or less marked, the border ends with a black half moon on the tip. Chest: golden yellow with black hem as regular as possible. Tail: golden fawn with black edging. Duvet: light gray.
HEN
Head and cape: dark golden yellow that can appear almost black due to the wide hemming. Plumage in general: dark golden yellow to cinnamon background color, each pen has a black border as regular as possible. Overall it appears a little darker than the rooster. Slightly white tips of the remiges. Secondary remiges: external part, which originates the wing triangle, from golden yellow to colar cinnamon; each pen with black edging, the edging ends with a black crescent on the tip. Tail: a slight whitish graying in the large tail coverts, allowed. Eyes: red / orange; even slightly brownish are allowed in the hen. Tarsi: to flesh, in the hen a slight hint of gray is allowed.
Serious defects:
in both sexes - absence of pattern in the legs; strong peppering in the central part of the pen; very light plumage of the under tail; color of the tarsi with spots; brown eyes.
Gallo - too light or brass-colored cape; no hemming on the chest, in the tail coverts and in the large wing coverts. Too red hue of the background color, too brown or too light.
Hen - head color too light or too dark; clear spine; defective hemming.

WILDFLOWER
ROOSTER AND HEN
Plumage in general: deep red / brown background color. Each pen preferably ends with a black pearl with green reflections and a white drop on the tip. In the hen the background color is a little lighter. Primary remiges: mainly black with brown traces and a more or less extensive white spot on the tip. Secondary remiges: brown with black inside and white tip. Tail: helmsman and black sickles with white tip. Down jacket: silver gray. Tarsi: light flesh-colored.
Serious defects:
background color too light or tending to yellow; copper-colored cape; pearlescent too coarse especially in young subjects; absence of brown in the chest of the
cock; black breast in the hen; too black in the plumage; completely white pens; prevalence of white in the remiges and helmsman also in the old subjects.

BLACK STAINED WHITE
ROOSTER AND HEN
Plumage in general: bright black with green reflections and feathers with a white tip that form a pattern as regular as possible, especially in the hen. Large wing coverts: on a black background, white flecking arranged in a double row, the wing band originates. Secondary rowers: they form a line of pearls that descends diagonally. Down jacket: black gray. Tarsi: light flesh-colored.
Serious defects:
in both sexes - rust or opaque plumage. White spot not pure.
Gallo - prevalence of white in remiges, helmsmen and sickles.
Hen - confused, irregular or poor design; white prevalent in remiges or helmsmen.

PERNICATED BLACK SWEATERS
COCK
Head: reddish brown. Cape: gold with not too large black flame that has a golden spear in the center. Back, shoulders and wing covers: brown gold. Lanceolate of the rump: gold with black flame that has a golden spear in the center. Large wing coverts: black, brown edging allowed. Primary remiges: black with brown outer margin. Secondary remiges: black inside and golden brown
outside they form the triangle of the brown wing. Chest, belly and legs: black, each pen with a brown, more or less wide, crescent-shaped. Lorlatura is required as regular as possible, is tolerated more or less heavy but must not appear as a stain. Tail: black with green reflections, in the helmsman the presence of a brown crown is preferable; in sickle cells it is admitted. Duvet: brownish gray.
HEN
Head: golden brown. Cape: from gold to golden red with more black edges similar to the rest of the plumage, the pen ends with a large golden edge. Plumage in general: golden brown background color, each pen with multiple black edges, preferably three, which run parallel along the shape of the pen, the margin of which must be brown. Brown preferable rachis. Primary remiges: black with brown graying on the outside. Secondary remiges: black inside and brown with band design outside. Tail: black with brown traces. Eyes: orange red. Beak: white to light horn color. Tarsi: flesh-colored, in the hen with gray shades.
Serious defects:
Rooster - completely black breast; spotted chest, belly and legs design. Flames in the cape that break through.
Hen - background color too light or stained; wing coverts too red; missing, worn or uneven pattern; pepper in the background color; transverse design in the neck and back.
In both sexes - drawing missing in the legs; white in the tail or in the remiges.

RED
ROOSTER AND HEN
Plumage in general: bright brown red. Duvet: red. Beak: from flesh-colored to light horn. Tarsi: light flesh-colored.
Serious defects:
yellowish or too dark red color; uneven color or black spotted on cape or lanceolate of the croup; traces of white in helmsman and remiges; white or gray down jacket. 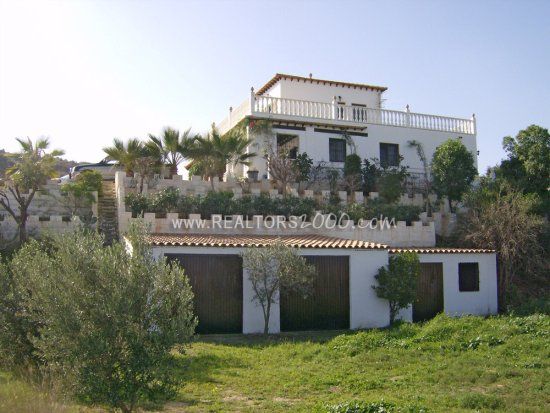 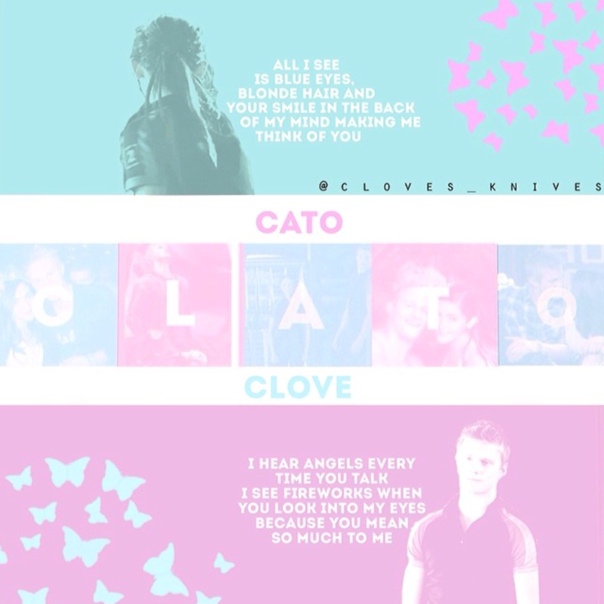